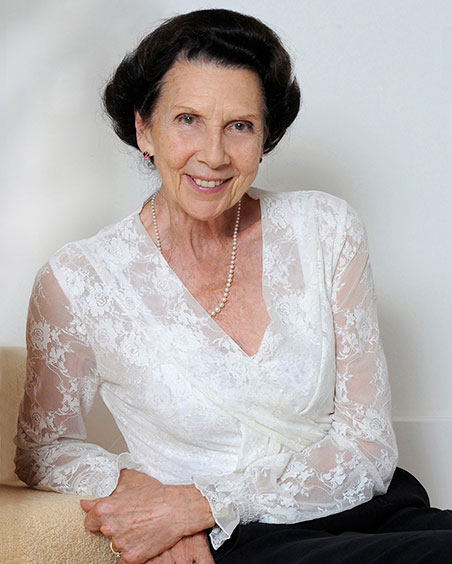 “It is a great step forward for dancers and dance teachers to know they have the support of the Dance Professionals Fund, set up to help those who may be in need.”

Dame Beryl, a former Chair of the fund, joined the Sadler’s Wells Ballet (now the Royal Ballet) in 1941, at the age of 14 and danced the full length Swan Lake on her 15th Birthday. She became Prima Ballerina of the Royal Ballet and was with the company until 1957 when she left to become an International Guest Artist. During her world wide career as a Guest Artist she not only danced in Europe, the USA, Canada, Latin and South America, Africa, Australia, Japan and the Far East but she was also the first Western Ballerina to dance in both Russia (with the Bolshoi in 1957) and China (with the Peking Ballet in 1964). She retired from professional dancing in 1966.

As well as being the Patron of several charities and societies related to dance, music, the visual arts and medicine, she is the recipient of several prestigious Awards. She is also the author of several books and lectures internationally. Earlier this year, she was awarded the De Valois Award for Outstanding Achievement at the National Dance Awards.

“Being a dance professional takes dedicated hard work. We help those unable to continue their role of bringing joy to countless thousands as a dancer, or through their dedication to the profession as dance teachers. To know that the Fund is always there to help fills me with pride and joy for the future.”